Starts from equations of Interaction Network and CommNet and modifies them to include attentional component.

Interaction Networks: Models each interaction by a neural network. Restricting to 2nd order interactions, let \(\psi_{int}(x_i, x_j)\) be the interaction between agents i and j, while \(\phi(x_i)\) be the non-interacting features of agent i. The output \(o_i\) is given by a function \(\theta()\):

CommNet: Interactions are not modeled explicitly. Interaction vector is calculated for each agent \(\psi_{com}(x_i)\).

Issues: Though linear in complexity, there is too much burden for representation on \(\theta\)

Then the output is given by:

Benefits: An efficient linear approximation for IN while preserving CommNet’s complexity for \(\psi()\). 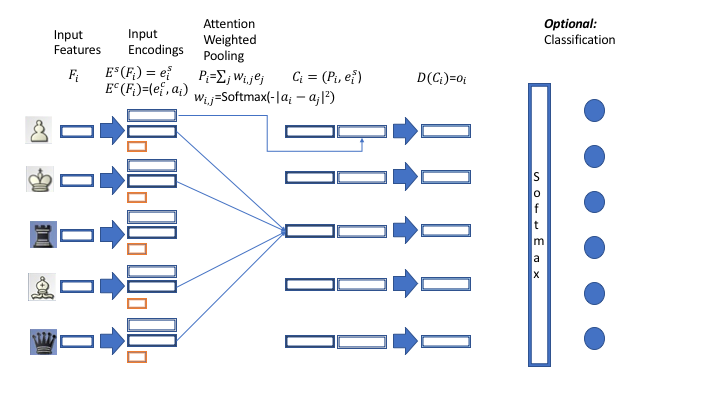